Aqua Art Miami, the sister satellite fair to Art Miami, made a huge splash during Art Week with its successful five-day exhibition with the strongest emerging and mid-career artists and galleries in the industry. The fair reported a record-breaking 10,500 people in attendance this past week all under the direction of the established fair's new Director, Katelijne De Backer, who handpicked 46 galleries across 28 cities and 10 countries. 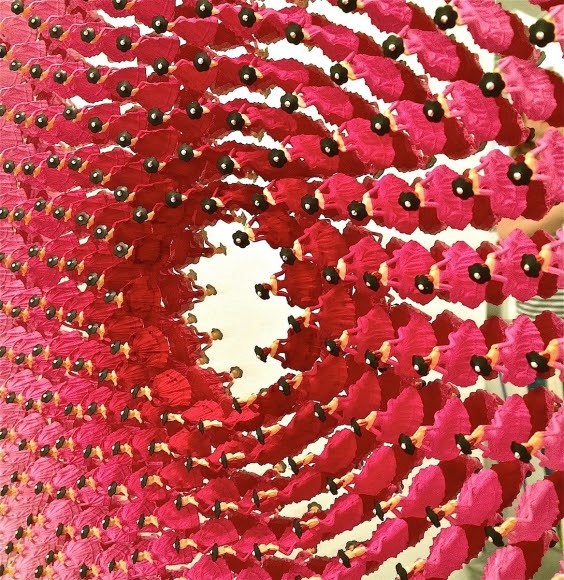 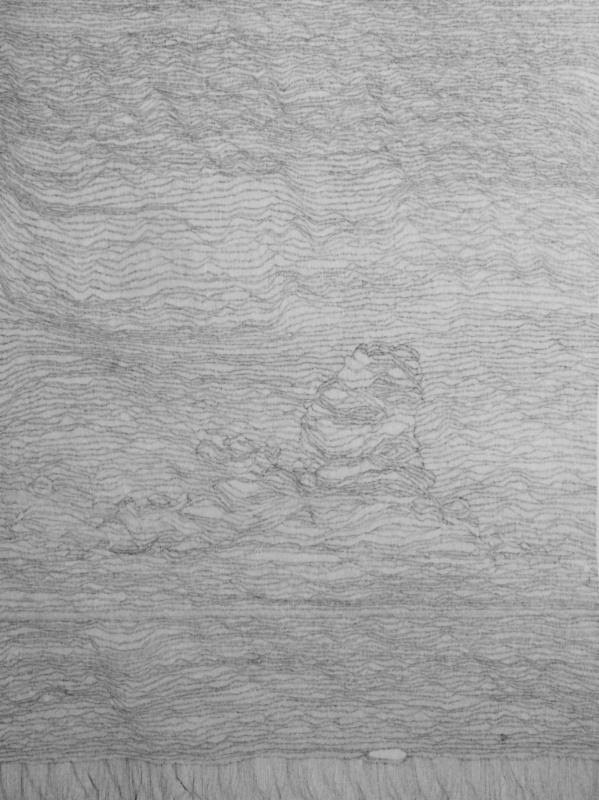 Terry Boyd, "Everything and Nothing"
Revision Space, Houston
With all the massive success this exhibition has cultivated this past week, Aqua is the ideal showcase to discover under-the-radar works. "When I first was approached to direct Aqua, I was excited by the challenge to help grow and advise young galleries and artists, and I'm thrilled at how receptive the public was to their work," said Katelijne De Backer, Director of Aqua Art Miami and Art New York. "The boutique presentation of Aqua is intimate, and it allows people to feel the passion behind each piece, instilling a much deserved sense of appreciation."

Amy Morton, Owner and Director of Morton Fine Art, was pleased to sell five works on canvas and five mixed-media works. Since one of her focuses is African-American and African art, she had a lot of repeat clients but also noted the attendance of many new collectors and museum professionals.

Sara Nightingale, Owner and Director of her eponymous Sara Nightingale Gallery who sold eight works to both novice and established collectors, remarked on the unique identity of Aqua for emerging exhibitors: "The cozy, relaxed and intimate atmosphere provided a much needed respite for many; the mix of indoor and outdoor public spaces is such a winning formula. I do love the Aqua experience of discovery and accessibility that the fair is known for."
Aqua Art Miami showcased an impressive array of innovative installations and exhibitions. Highlights from the show are as follows:
In Aqua's lobby, ArtSlant, the premier resource for art and the fair's official sponsor, decorated the spaces with the network's emerging artist including: Theresa Ganz, Rachel Garrard, Helena Parriott, Tina Tahir and Bryan Volta. The opening VIP night of Aqua announced Ganz as the winner of their Prize Shortlist for her Rococo-inspired piece titled Glory and the Complex Body.
Orbs by Ai Campbell: Celebrated for her harmonious monochromatic use of black and white, Ai Campbell's new body of work entitled "Orbs" carries the fluidity and serenity that is characteristic of her intricate work. Here, her ink grace the contours of one of the most challenging infinitely-dimensional surface of all; the unrelenting sphere. The orb accentuates and liberates the lively shapes in her work. In addition, the orb is functionally synergistic as the delicately curved patterns readily traverse each circular plane to meet at their starting points. Aesthetically, each orb has its own character and progression. Displayed together, the orbs interact to create a kaleidoscopic effect.
The Tender Noise by Akane Yorita: The art work, which was elegantly installed over the hot tub at Aqua, changes its shape with the breath of wind, the visual experience based on sequence and the essence of "before and after" embodied in the chain of repetitive threads: through these features of her works Akane Yorita wants the viewer to revert to his/her own position while facing the always changing image of the work. She creates indefinite, unstable space inviting the image of the onlooker as well as his/her point of view into the blank/space of the threads she creates. The Tender Noise is a part of "Where Threads Lead" a touring exhibition.
Believe by Nara Park: Washington DC-based sculptor Nara Park's Believe replicates a shallow wishing well through the artist's signature modular design of printed boxes that intimate natural motifs. Arranged into a carefully stacked assemblage and filled with sand and stray coins, the work invites viewers to insert their own aspirations into the ongoing accumulation of collective wishful thinking. The overall ephemerality and transience of "Believe" gives way to Park's chief philosophical concern as she posits the human desire for stability and permanence through a candid veneer of fragility, artificiality, and feigned authenticity.
Notable Guests at Aqua Art Miami included Brooke Goldstein, filmmaker and human rights attorney; Talin Maltepe, art dealer and curator, Sevan Gallery; actress Barbara Edwards; actor Adrian Grenier; and many other prominent collectors, dealers and television personalities.