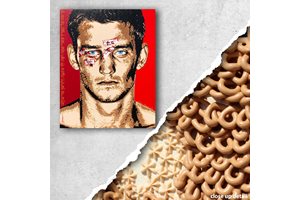 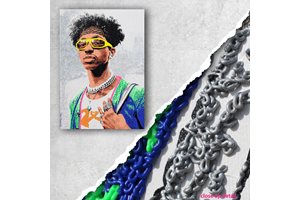 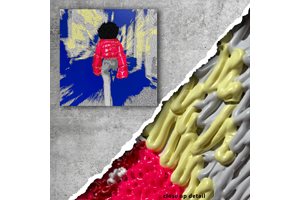 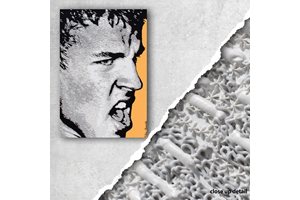 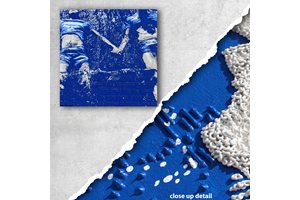 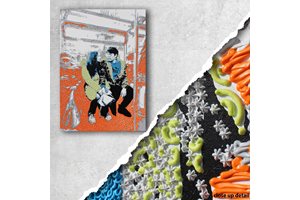 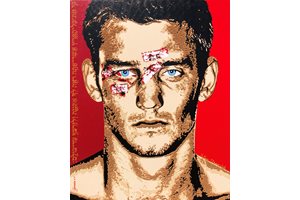 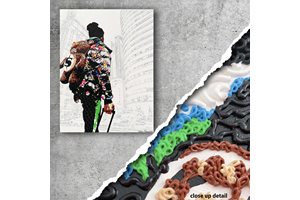 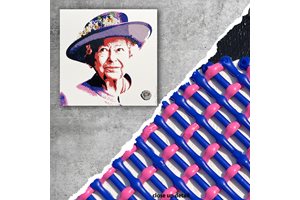 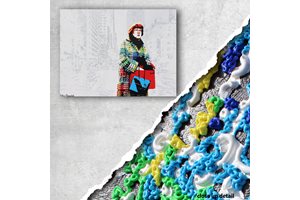 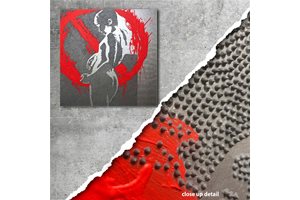 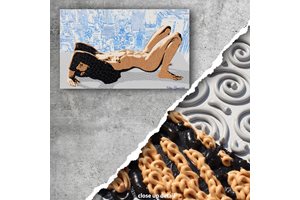 ARTISTS EXHIBITED AT THE SHOW:


Natan Elkanovich was born in Moldova under the communist regime of the former USSR.
To be a child of free, artistic spirit in these times was extremely difficult.
Careful not to speak in such a way that could be considered subversive for fear of the authorities or whistleblowing neighbors, his solution was to bring his ideas to life through the decoration of the meals he made together with his mother in their kitchen.
As a blossoming youth, Natan made his move to Israel for a new life.
This enabled him to transmute his childhood innovations with food, to become art on canvas.
He went on to attend Shenkar, College of Engineering and Design, Tel Aviv, and got his Bachelor of Design Degree in Fashion Design.
Between 1995-2015, parallel to his painting career, he has worked as a Senior Costume Designer in the Israeli cinema and television industry, for which he was granted 4 times the Israeli academy award for best costume design.
Natan’s 3D paintings are shown in elite galleries throughout the world, sharing walls with leading masters of our time.
TECHNIQUE
Ever since painting became an integral part of his life, Natan has worked to develop his unique and distinctive 3D painting technique, in which he painstakingly combines all kinds of plastic materials in different quantities, which include, amongst others, silicon and acrylics, and apply them, using kitchenware, on canvas or on aluminum.
This medium creates a rigid 3D texture on the surface, which creates a stunning result.
Using kitchenware as his painting tools stems from his deep-seated roots in the
kitchen, embedded in him from early childhood.
All his materials are applied with a laborious devotion, entirely by hand. There is no machinery involved in his process.
For Natan, there is an element of tantra to his work, which includes repetition, patience, and grace.
These steady and repetitive movements become a meditation for him, connecting the physical to the energetic nature of light and spirit.
ARTISTIC PHILOSOPHY
Embedded in his art, is a genuine appreciation for humanity.
Identifying as a humanist, Natan seeks to emphasize and explore the beauty in humanity, together with the elements of love, nostalgia,
longing, appreciation, honor and gratitude.
As a son of a Holocaust survivor and a prisoner of Stalin’s communist regime, Natan chose to celebrate life and the gifts it brings, and portray it in his art.